SPI to Start Co-Producing With Phillipe Martinez In 2019

Cannes, France, April 9, 2019 – For over 30 years, SPI International has been a leading distributor of theatrical films and television programming in the international market. Not one to rest on its laurels, SPI is going into movie and TV series production. A newly inked partnership with world renowned movie director and producer Phillipe Martinez, promises to be a very powerful alliance.

“I couldn’t be more pleased to announce our partnership with director and producer Phillipe Martinez. Together we are producing three movies and a brand new TV series in 2019,” said Loni Farhi, President of SPI International. “SPI is investing in products and programs that will speak to and delight audiences worldwide” continued Mr. Farhi.

The partnership calls for four TV series productions, including “Salvage Marines”, a brand new TV series based on a book by writer Sean-Michael Argo. Casper Van Dien and Peter Shinkoda are the protagonists in a story about a group of soldiers on a militarized deep space operation called Salvage Marines, production for the series started in March. The story plot is action-packed, with visually arresting combat scenes and gripping narratives. Salvage Marine is produced in partnership with Jamie Thompson and Jake Seal from Village Studios in Louisiana, USA.

“Mister Mayfair” is a blockbuster trilogy that will resonate with movie goers of all ages who appreciate smart storytelling, adventure, crime plots, revenge, intense fight scenes and insane car chasing sequences. Starring Armand Assante, Steven Bauer, and Ken Davitian, “Mister Mayfair” is a story about Max Mitchell, a former New York gangster, living the good life in Mayfair, London. The arrival of his unknown granddaughter bearing stories of his past as a safe-cracking New York gangster will turn his life upside-down. This movie trilogy will deliver in spades to anyone looking for a story centered around a man trying to escape his dark past. You can expect clever plot twists, a face-off between the American Mafia and Russians mobsters, acts of betrayal, passion and survival. Mister Mayfair directed by Philippe Martinez and produced in partnership with British producer Alan Latham and Kirsty Bell’s Goldfinch Studios. 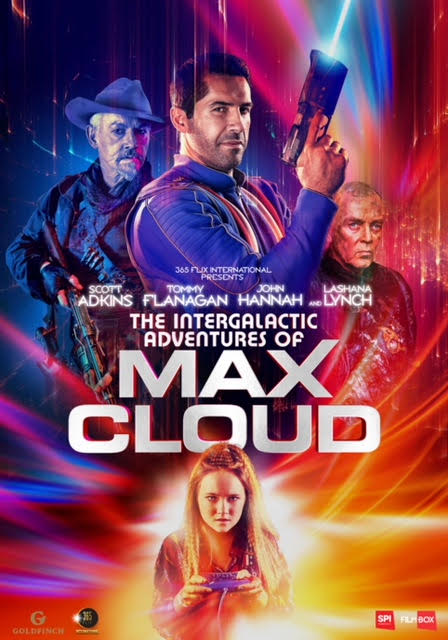 About SPI International
SPI International is a global media company operating 36 television channels on six continents. SPI is one of the biggest aggregators of native Ultra HD content in the world, FilmBox being its flagship channel. Working with over 1,400 operators worldwide, SPI uses state of the art technology providing its 55 million subscribers with access to SPI’s linear and on demand content including live streaming of UHD programming and FilmBox channels on any Internet-connected device via major global streaming media players as well as local OTT providers.