DocuBox, with its impressive collection of internationally acclaimed documentaries and TV shows, takes viewers on an unforgettable journey across the most exotic places on our planet while exploring mysterious and fascinating cultures, human history and science.

Another thematic channel which has been added to the Filmbox Premium package is FightBox which offers continuous coverage of martial arts disciplines including MMA, boxing, wrestling, karate, muay thai and many more. Viewers get to watch some of the world’s top tournaments along with live MMA and kickboxing events from Europe and the U.S.

Gametoon, developed by SPI International/FILMBOX, is a worldwide entertainment TV channel for millennials revolving around gaming and eSports. The channel gives its viewers a unique opportunity to play dedicated games on their mobile devices and share scores along with avatars on air. Gametoon features game reviews, tournaments (eSports), popular streamers as well as viral content fueled with best of the Web.

Gametoon partners up with respected gaming influencers to provide entertainment content rich with insights and tips on how to improve gaming skills. With Stream Nation and Let’s Play shows Gametoon offers a chance to learn more about such titles as Hearthstone, Overwatch, Playerunknown’s Battlegrounds, Street Fighter V and more.

“We are glad to introduce Gametoon HD on PostTV and to add Luxembourg to the fast growing list of new territories where Gametoon has been launched" said Berk Uziyel, executive director for SPI/FILMBOX.

Kino Polska TV S.A., a unit of SPI International said on Thursday, December 14th 2017 it would become the sole shareholder of the Cable Television Networks & Partners company buying up 236 shares for the price of PLN 10 million ($2.8 mln) from the Polish Chamber of Electronic Communication. In result KP TV S.A. will own 100% of the share capital of the company which operates the state-issued license for broadcasting the terrestrial television channel Zoom TV.

Bogusław Kisielewski, Chairman of the Board of Kino Polska TV S.A., explained the transaction had been planned for some time as an element of the strategic development of the Kino Polska Group.

“We truly appreciate and value our cooperation with PIKE, our long-term partner, with whom we have managed to develop so many valuable synergies in a relatively short time, especially in the area of distribution and production of unique content,” Bogusław Kisielewski explains.

Kino Polska Group is planning to transform Zoom TV into a multiplatform brand which shall become an excellent supplement to the film offer in the Group’s portfolio in interaction with both Kino Polska and FilmBox brands.  Following the acquisition of CTN&P Kino Polska will continue to grow and diversify its portfolio while reinforcing its position of one of the key players in the Polish television market.

“Once again we thank PIKE and the PIKSEL Foundation for great cooperation and invaluable support provided while applying for the broadcasting license and during the still ongoing process of building our reach,” says Bogusław Kisielewski. 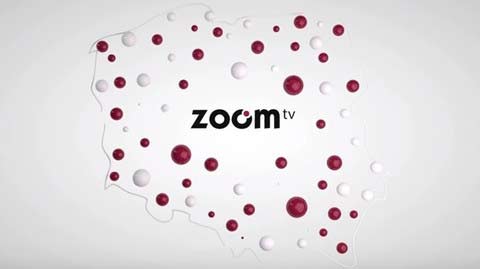 Zoom TV is a new nationwide Polish universal channel with a unique programming grid designed to appeal to all viewers. The channel programming offer includes movie hits with top casts, exhilarating TV series, interesting documentaries and current news from the regions. Zoom TV is available on MUX-8 DTT (position 39) and also on cable networks and DTH platforms throughout Poland.

SPI/FILMBOX expands in Africa with channels being launched in Kinshasa, DRC

SPI International / FILMBOX has been consistently expanding its distribution footprint across the African continent. Filmbox channels are being carried by numerous DTH platforms, cable networks, mobile TVs, IPTVs and OTT services in more than 20 territories in Africa.

“We are glad to have launched our channels with Bleusat, which is our first partner in the Democratic Republic of Congo,” said Amit Karni, SPI’s Head of Distribution Africa. “SPI's channels deliver diverse, top quality entertainment to viewers across Africa, offering also localized language versions,” Mr. Karni added.